I waited with baited breath, as they say, for results from early E100 Film Testing.  Always reliable, I delved into the EMULSIVE Review, which compared various exposures, by processing at EI 100, 200, 400 800.  At first glance I like the EI200 images, so I started by comparing EI 100 vs EI 200.  The Cameras, my nearly identical Minolta X-700 with Tamron 28-200 zoom lens, which I’ve used for a number of side by side film tests: 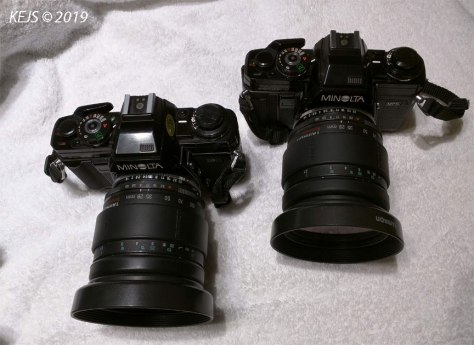 I took a second look at the EMULSIVE results after reviewing my own tests, and can’t believe that I didn’t see the EI 200 images were colder.  Also, the example scenes were not typical subjects that I would have photographed (the exception being flowers).  I had fears about the new E100 because I new that it was based on E100G, which I had always found to be too cold.  I always used a warming filter with the old E100G.  The long gone warm tone balanced E100GX had been my favorite.

So my results, E100 @ EI 125 (following Galen Rowell’s recommendation) on the top and EI 200 on the bottom.  All of the photos are the original raw scans with no adjustments of brightness, contrast or levels and no warming filter: 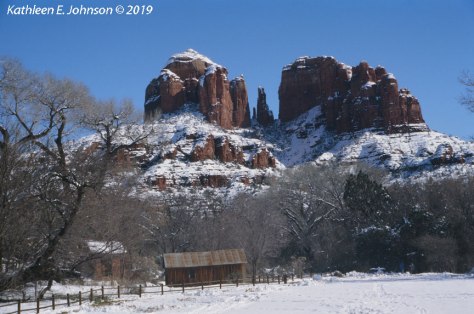 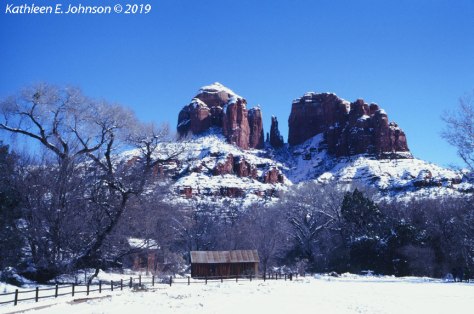 The Cathedral Rocks in Arizona,  I tried to get the same perspective, but there is a slight difference. Below viewed from a distance: 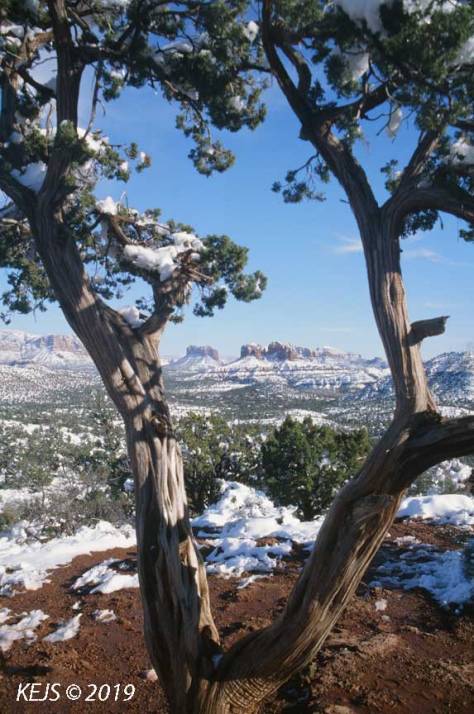 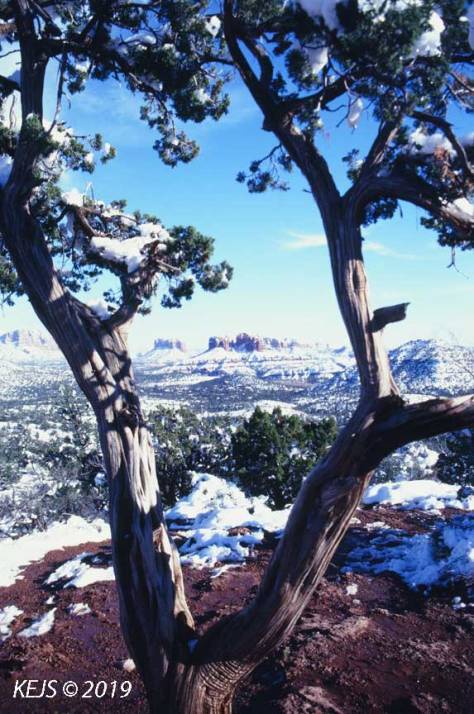 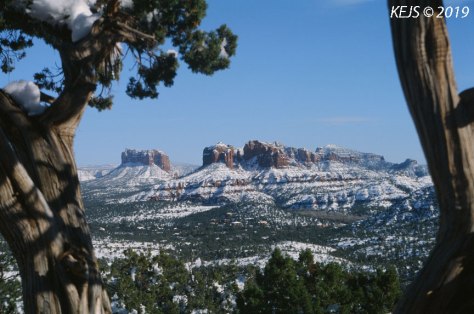 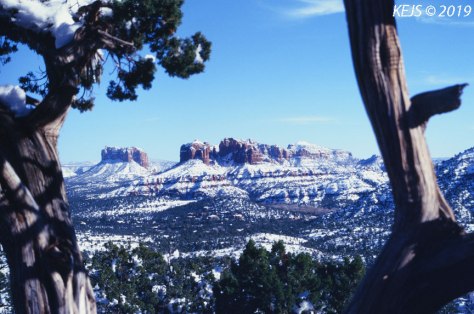 Note the color of the Red Rocks and the Soil.  Since I frequently shoot Red Rocks, I’d like them to have the truer Red of the EI 125 images.  Below I’m showing the EI 125 exposed a +1 stop.  It probably offers a truer color rendition: 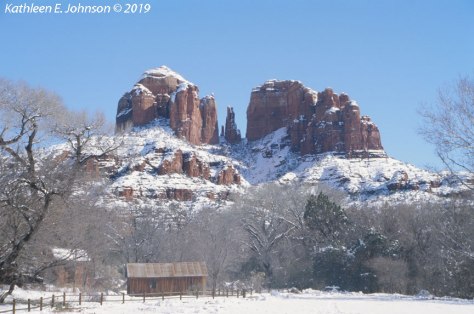 One thought on “My Kodak E100 Experience: Hot or Cold?” 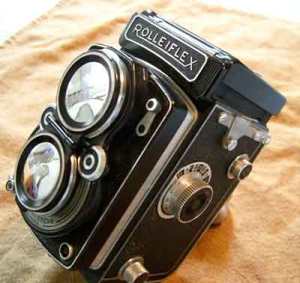