This is the story of my second roll of film through the 1913 Kodak No.1.  I roll I shot on Pinhole Day (although it was not a pinhole).  I was still testing the camera so I carried it along…..You can see some results from my first roll of film here.

I mailed my second roll, Ilford Ortho Plus (ISO 80) on April 28th and waited…..and waited……and waited.  By the end of May I was beginning to worry so I contacted them.  Well, you can read the correspondence at the end, I want to move on to the photos.  But it suffices to say that it took them 3+ months to find my film and they returned it with no acknowledgment of the problems and no apologies.  So They’ve lost my business, permanently.  Oh, I’ll use their film, but I won’t send it to them for processing.

This was the original Cemetery for Denver.  And it was segregated by religion and race.  This was the Orthodox Section: 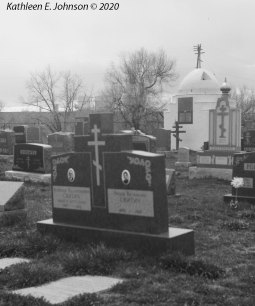 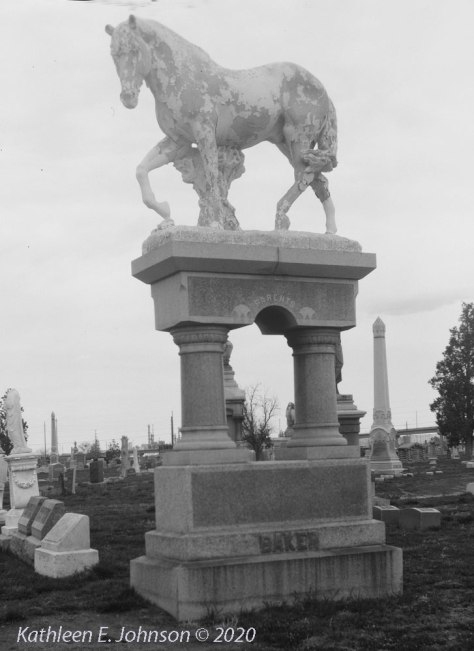 Another favorite Monument above……

I forget what the tree trunk symbolizes, but it is a XXXXXX

A view of the larger Cemetery Area………….above. There is another shot taken at another location.  So I will show that separately in a couple of days…….

Now for the horror of my former Film Lab.  Click on the image to enlarge and read:

Use Ilford Labs US at your own risk.  What I really resent is the lack of an Apology or any acknowledgment of a problem when they finally did find my film.

I’ll stick with OldSchoolLabs.  They do 90% of my work (we develop the other 10% ourselves) ……..I can certainly endorse them.

3 thoughts on “The “Lost Roll” of Film Adventure”